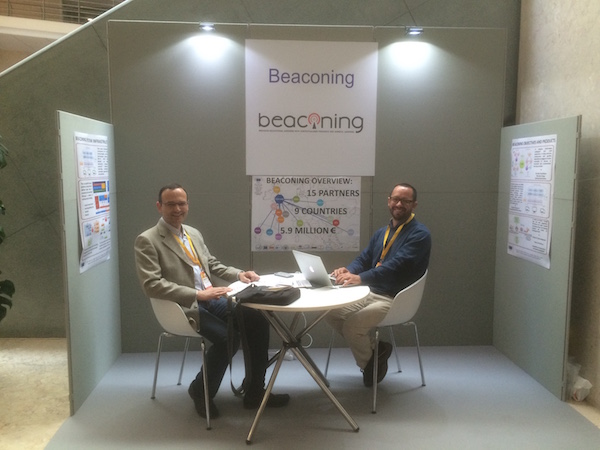 BEACONING was represented at the Eurographics 2016, from the 9th to the 13th of May in Lisbon, Portugal.

This conference continues a series of conferences organized by the Eurographics Association covering the wide field of computer graphics, from applied geometry techniques of meshing and surface reconstruction to photorealistic techniques (e.g., path tracing), as well as computer animation and simulation of natural phenomena.

The BEACONING had a booth to receive researchers interested in collaborate.

And the conference held a special session for the presentation of EU projects.

The BEACONING project was represented by the partner INESC TEC.