CEIEC (Center for Research and Innovation in Knowledge Management), an Institute of Francisco de Vitoria University, and e-UCM, the e-learning researching group of the Complutense University of Madrid (Spain), are developing a research to evaluate the effectiveness of videogames for skill-learning (such as autonomous travel through the underground network) for people with severe intellectual disabilities, like Down Syndrome.

The research was performed in May 2017 using Downtown, A Subway Adventure, a Learning Game (also known as Serious Game) designed especifically by scientists and trainers, considering the cognitive and physical features that users with intellectual disabilites have. The videogame was tested by 42 users (from 20 to 41 y/o) with Down and other cognitive disabilities at Down Madrid training facilities. All users are members of Down Madrid’s ICT program.

Downtown, A Subway Adventure (free download at http://downtown.ceiec.es) was developed under the guidance of Prof. Álvaro García Tejedor, Head of CEIEC. The Serious Game simulates the metro of Madrid in a realistic 3D environment and can reproduce any path of the metro map. The game involves missions and tasks that promote the autonomy of the students while they are using the public transportation system and provides a playful environment for the users to train their mobility skills in an autonomous way before using the real-world subway. 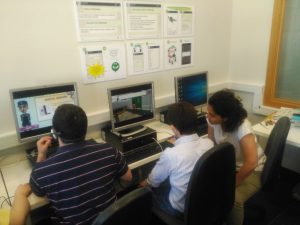 Image 1. Mª Luisa Berdud, coordinator of the ICT program of the Down Madrid Foundation, and two students during the testing phase

Researches of the e-UCM group added a tracker to the game that captures data in real time about what is happening within each game session. That allows researchers and trainers supervise the interactions of the students with the game while they are playing. The research is a pilot of the European project H2020 BEACONING that use Learning Analytics to obtain and analyze information about the learning process of the students with intellectual disabilities. This pilot re-uses, adapt and extend some of the Learning Analytics tools that were previously developed by the group e-UCM for the European project H2020 RAGE (e.g. Unity C# tracker). 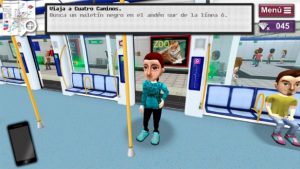 Image 2. Image of an avatar traveling in the game Downtown, A Subway Adventure

Ana Rus Cano, the main researcher, together with Down Madrid Foundation’s educators, was responsible of conducting the experiment while a member of the e-UCM group was monitoring the information captured in the cloud analytics’ server. Data acquisition was collected anonymously to ensure the protection of the players’ personal information. Researches assigned a unique identification code to each student at the beginning of the exercise. This code allowed the access to the game. The Foundation’s trainer, nor the researchers, was the only one who could relate and match the information captured by the game with each student. While users are playing, trainers can track the data in real time and check the problems that the users are facing, monitoring their mistakes, progress and scores.

The research is divided in three phases: (1) Educators were trained in the game to help the students in the testing phase. They also filled out a form about each student, typifying their cognitive characteristics and their ability in the use of technology and video games. (2) Users played as many game sessions as were possible within a period of 3 hours. Data in each session was captured in real time. (3) Once the game sessions were over, researchers analyzed the data with the purpose of finding learning patterns depending on the intellectual skills of the students. Next steps in the investigation will be to perform the experiment with a small group of users that will travel in the subway after playing the game. Trainers will compare the experience of this group of users with previous groups that didn’t play the game to verify the hypothesis that states that a Serious Game can be a suitable learning tool for this type of users. 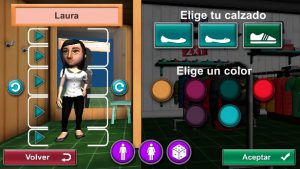 Image 3. Players can customize their avatar in the game

Image 4. The scenarios of the game are designed in a realistic aesthetic to help the translation of the knowledge from the game to reality