Abstract
While the whole world cheers continuously the incredible properties of gamification, it might be great to enquire about serious game failures. Those which didn’t stay the course compared with the heavyweights of the market. What are those games dead the first day of their release as a result of violent reviews from unsatisfied players? Hard to say. For all that, let us evaluate the different pitfalls that a serious game risks to encounter.

In the last ten years, serious games turned out as an effective remedy against the problems of education, learning, management, information and prevention. A study from the cabinet Market&Market estimated that the market of Serious Game is going to know an annual growth rate about 16 % by 2020. The game-based learning market revenue worldwide reached 3 billions U.S. dollars in 2017.
However, it is hard to estimate its efficiency and its quality. Very often, the client company who ordered a serious game releases it internally only. Because of this, it will be impossible for you to find an article describing how a serious game flopped after its release. Then, can serious game really boast of being a miracle cure? No need to mention that the answer is obviously “No”. Then, it is certainly better to expound all the traps and the pitfalls which risk to depict serious game for what it is not and for what it does not allow. It should be made clear to ask the question about relevance for such a learning model.

1. The simplistic behaviorist approach
Games with linear gameplay, such as interactive stories, strictly involve to make the “good choice”.
By imposing what way to take, the serious game forgets its first educational strength, the immersion of the learner in a precise case study. It has to help learners to think for themselves rather than subduing them with limited leaning actions.
For the same reason, the game has to use its capacity to multiply eventualities, paths, consequences, as much as possible. In that way, it makes player’s experience unique. 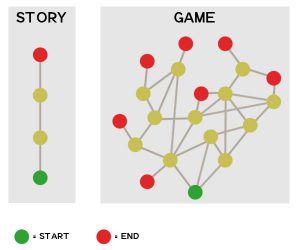 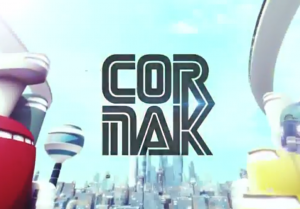 Bennett, Maton, & Kervin note in the ‘digital natives’ debate: a critical review of the evidence how connections with technology differ as much as connections with learning between people. The serious game has to be a flexible tool, able to adapt itself to the needs and the skills of each player.
Cornak is a french game which allows to learn how to manage a customer portfolio. The game detects the level of the player and adapts its missions. In this way, the player analyse every consequence of every undertaken action before changing his decisions.
Consequently, adapting a game to its players poses a problem: how to define this game?
Moreover, how to be sure that playful features are going to please every player?

3. Unconvincing playful features
Very often, the playful perception of a serious game is low for most of the players. Don’t underestimate their critical capabilities to consider the game a simple gamelike tool. Lack of amusement, lack of freedom and lack of complexity are as many reasons that may cause frustration for the learner. The latter has to be considered as a player throughout the process. In a same way, the lack of control could make the player insensible to the message. A playful structure has to allow the player to progress with some degree of uncertainty.
However, how to be sure that the player is going stay attentive to the serious content in the middle of the entertaining content?

4. A playful obstacle to serious content
Dividing serious content with minigames in the form of an off-putting text risks making the player lose interest. The game has to transform information and adapt it to its gameplay. Information has to become the driving force behind playful progression, without forgetting its clarity and its message. To make it simple, information has to become experience. The player doesn’t read now, he feels. 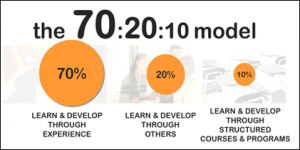 5. Game is not enough
For the previous reasons, the game faces issue of the superficiality of its learning content. The game would risk being unplayable if it wanted to include as much information as a lecture would offer. For that, the game can not be self-sufficient. The teacher must think about a learning deepening in continuity with what the game introduced. More than ever, he must encourage the learner for dialogue.

Although it is too early to define what a good serious game is, we can already precise a rule: game has to stay a game. Most of the gamification pitfalls depend on the relation between the serious and the game. Even if serious is the engine of such a learning model, the player has to feel as a player, not a simple learner. The serious game has to be thought through as a part of a much bigger learning program. The teacher cannot just disappear behind it must serve as a support, a link between the different parts of the interactive process.