France is more than ever,  on the way of LARGE SCALE PILOTS !

Indeed, this week is the ORT

From the beginning of the week, many students and Teachers are playing Beaconing in different fields! And different ways and different ages!  The 3iCampus BEACONING is open ! 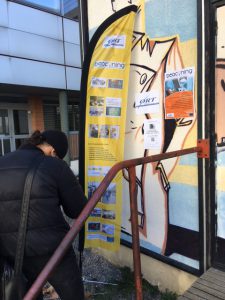 Ort MONTREUIL  is playing BEACONING with 50 students, in a flipped classroom way, with 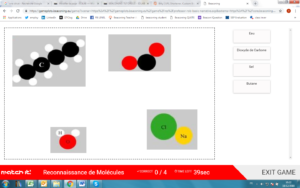 Teachers of Biology/Technology.  The Students are 16-18 years old and they discover the fact to play in order to learn! A strange concept which is not so easy to accept!  Then, the Teacher coachs them, and make them succeed with the computer steps…  because we are different before playing and after playing!  Then, the first step is to show the access to BEACONING,  the login… before just sending a file for flipped classroom when it is the first time of  this type of lesson!

When they come back the day after!  Students are willing to know their SCORE, if they will get a reward….and when they will do a NEW one!   SUCCESS! 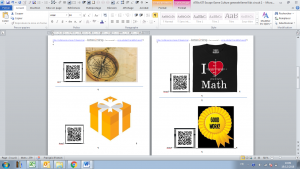 ORT MARSEILLE is organizing workshops on Friday, with Students from 10-13 years old! In the frame of the ROBOTICS CLUBS, they will experiment BEACONING on Computer, and also as an ESCAPE GAME in the School. In addition, they will operate as TEACHERS, and they will create Games for their friends! The end of the workshop will be a REAL GAME Class! 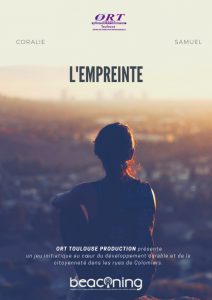 ORT TOULOUSE with the Students in BTS, 20 Years old, is preparing games based on ELECTROTECHNIQUES, and Mathematics. They will experiment the ESCAPE GAME on January with their classes. AT the moment they are preparing the games with a team of 5 Teachers who had been trained on the Beaconing Platform few month ago. Real Digital Teachers!

ORT TOULOUSE is preparing an ESCAPE GAME for LIFE LONG LEARNING courses!  100 Adults will play the Game in January for doing a Pre evaluation TEST on sustainable development, a Modular contained in a 6 months courses processed in blended learning.

And the Lycee Technologique CURIE, in MARSEILLE, made a great ESCAPE GAME with Beaconing with the BTS 1rst Year and the BTS 2nde Year ! (students of 20-21 years old) A Real success for 2 hours of discovery of Marseille and Management, General culture, Italian, French, English and Economy-Gestion  Teachers!  Great Fun, and after Christmas gifts when they came back to the school! 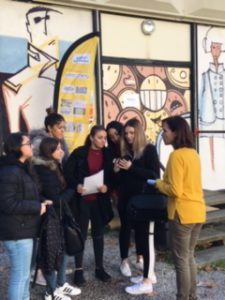 and the challenge is open

for the 3 next months with the 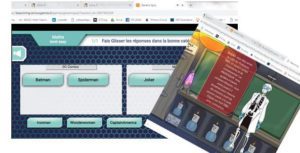 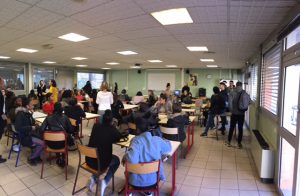