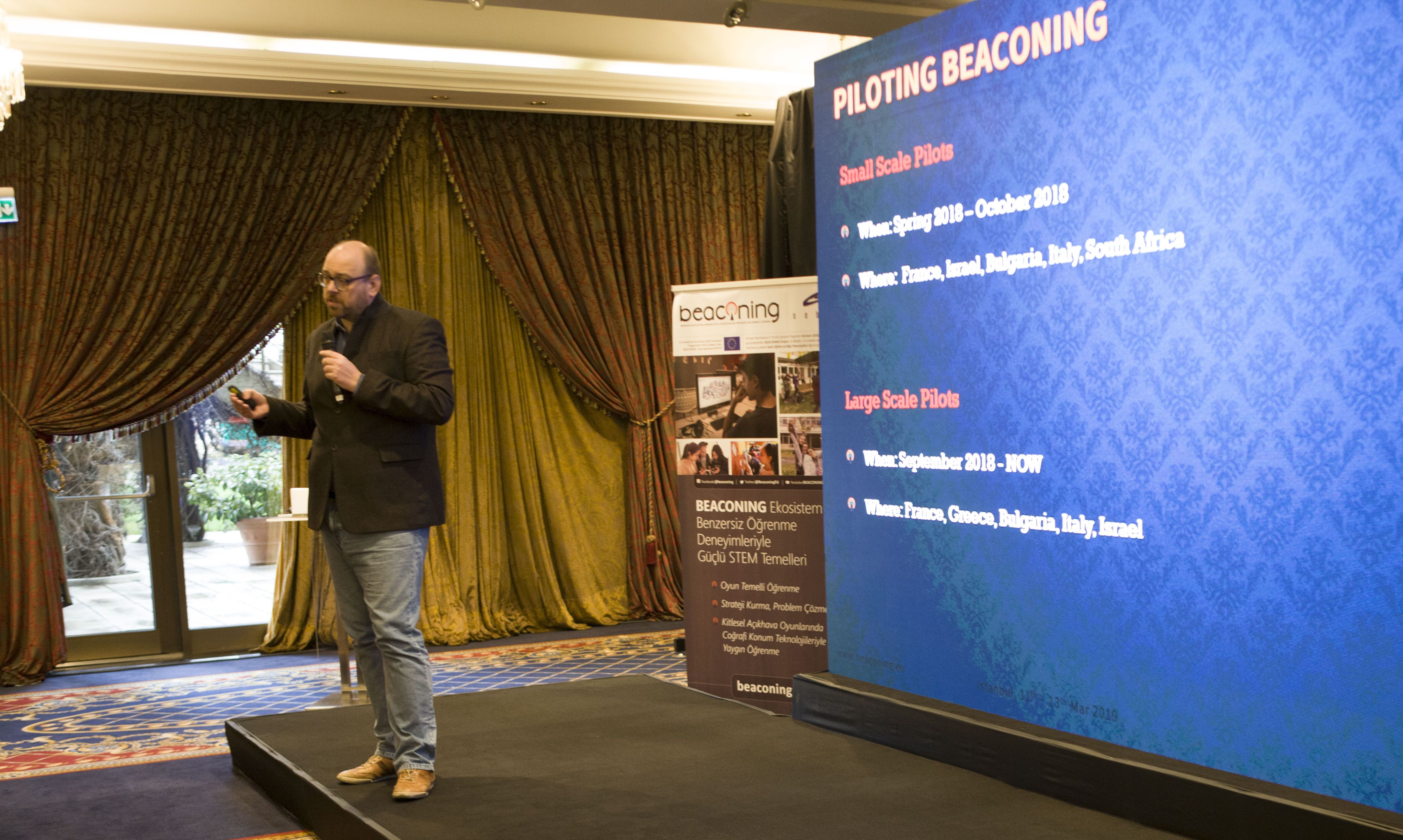 One of the largest private school networks in Turkey, Mektebim schools attended the BEACONING Istanbul event and later followed up with an exclusive interview. At the interactive session during the interview, BEACONING web site and accessibility features were examined. As a result, Mektebim booked a pilot with BEACONING geolocation games. The pilots in Mektebim Istanbul schools are scheduled in May. Middle School students at grades 6 and 7 will be the participants and the subject is chosen to be the properties of water.