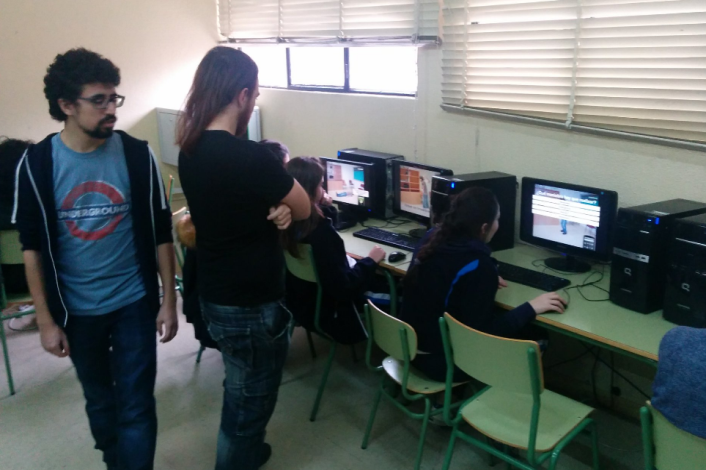 Madrid, 9th February, 2017. The e-learning research group e-UCM from the Complutense University of Madrid has carried out an experiment to teach First Aid maneuvers to high school learners of La Inmaculada Escolapias School in Madrid.

A group of researchers from the e-learning research group e-UCM, led by Professor Baltasar Fernández Manjón has recently performed a series of experiments during the month of February 2017 using an educational game (or serious game) to teach first aid maneuvers to high-school students.

The serious game used for the experiment is the First Aid Game, previously created with the group’s e-Adventure authoring tool, originally commissioned by CATEDU (Aragonese Center for Educational Technologies); and recently adapted to the popular videogame authoring platform and engine Unity using a recently-developed, experimental version of e-Adventure called uAdventure. uAdventure has been built on top of Unity to extend the life-cycle of existing e-Adventure games, and to add new features such as built-in support for tracking learning analytics, by integrating the tracker developed for the RAGE project. 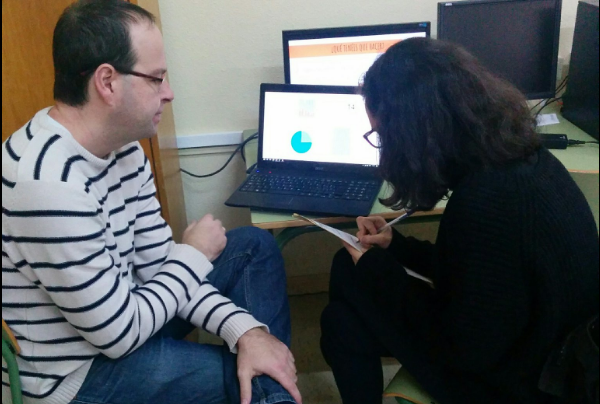 Four researchers were in charge of the experiments in the school, while the fifth checked that the information was being correctly received in the cloud-based analytics server. Information collection is completely anonymous, since no personal data is required for the learners to access the game. At the beginning of the experiment, each learner is given a unique code to access the game; and only the teacher can trace information back to specific learners. While learners are playing, teachers can monitor information at near real-time and see how they are doing in the game, tracking learner errors, progress and scores.

The experiments comprise three steps: (1) learners complete an initial questionnaire on their knowledge of first-aid techniques and their game habits; (2) they complete the three scenarios included in the game: chest pain, unconsciousness and choking; and (3) they answer the same initial questions on first-aid techniques to measured what they have learned while playing; plus some additional questions that request their opinion about the game.

The overall reception of the experiment has been positive. Students were happy of playing a game instead of attending a lesson. Some of the reviews given by the learners are: “I have learned a lot with this game on how to help people in trouble, without this I would not have known what to do” or “The game was great and fun, I would like to do things like this again”.

The experiments have been taking place in La Inmaculada, an educational center managed by the Escolapias Montal Foundation, where all students from 12 to 16 years (1st, 2nd, 3rd and 4th year of ESO and 1st year of Bachillerato) have been trained with the game.