Learning Analytics Models, as previously described on this post, are used to define the data to be collected for a particular game and how that data is to be processed, interpreted and reported. However, when a game is composed of multiple games, their individual LAMs (each focusing on one of these games) fail to describe the larger game as a whole. For those scenarios, we propose to use Learning Analytics Models for multi-scale games, that is, meta-LAMs that stitch together the LAMs of the individual games. Each game would retain its own LAM, and the meta-LAM would describe how the LAMs are joined together. There are several cases when meta-LAMs may be required; for instance, geolocalized games that launch different games depending on the location.

Meta-LAMs must address the need for aggregating results or the calculation of progress and completion. Meta-LAMs need to define a set of learning goals and how they are going to be achieved by the different games (defined on their LAMs). The meta-LAM must define the aggregated metrics of interest in the general higher-level game. For that, both the hierarchy and the information flow (including transfer, aggregation and analyses from one level to another) must be defined.

The proposed meta-LAM structure is based on a simplified version of the IMS Simple Sequencing specification as described in SCORM 2004 4th Edition Sequencing and Navigation (SN) specification. On this model, the main structure is an Activity Tree (AT) of learning activities that have start and finish (and, therefore, completion). They can contain sub-activities to any depth. Learning objectives may be achieved with several activities; and activities may contribute to several objectives. In our proposal, the AT will correspond to the meta-LAM, the highest-level structure. Each activity corresponds to a game, and will therefore have an associated LAM (notice that the same general LAM may cover multiple games).

An important feature of Simple Sequencing are rollup rules. They define how information is passed from children to parent nodes in the AT. With rollup rules, progress in the general AT is defined. By default, all children contribute to parents in rollup, unless specified otherwise. To determine progress, completion and objectives of a node, weighted combination of the information from child activities is used. 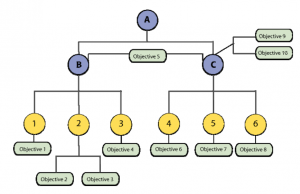 This structure has been defined following BEACONING requirements, where a hierarchical structure of gamified lesson plans,with missions, quests and activities, is defined. Figure 2 describes the analytics definitions (based on individual LAMs and the general meta-LAM), the creation of GLPs and assignment to students. 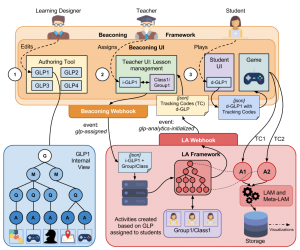 Figure 2. Structure proposal to apply LAMs and meta-LAMs using a model adapted from the one proposed on SCORM Simple Sequencing SN.